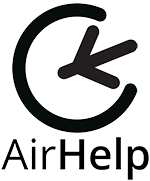 AirHelp gets you money when your flight is delayed, cancelled, or overbooked.  Submitting a claim is easy through an online form and apps on Apple iOS AppStore and Google Play for Android.  AirHelp also has a website for European customers.  Travelers could be entitled to hundreds of dollars simply by filing a claim within three years of the flight.

AirHelp verifies whether a customer’s specific flight is eligible for payment and calculates any amount due.  By acting on the behalf the passenger, AirHelp keeps 25% of any money recovered from the airline.  Laws and regulations for airline passengers exist in both the U.S. and European Union.  In the United States, passengers can get as much as 400% of their one-way fare if denied boarding because of more tickets sold than seats available.  In the European Union, compensation to airline customers is required if the flight is cancelled or overbooked.

Airlines are only required to compensate eligible passengers that formally request what they’re owed.  Overselling airplane seats is very common, an accepted airline practice to fill as many possible seats in spite of no-shows and last-minute cancellations.  AirHelp estimates that each year more than 500,000 airline customers are denied boarding.  The airlines keeps almost all of what those customers are owed because they don’t know their rights.  AirHelp helps airline customers get all the money they deserve when their flight is delayed, cancelled, or overbooked.