Authy Is Two-Factor Authentication For Security Beyond Passwords

There are legitimate medical benefits to enjoying funny jokes.  Seriously.  Internet sites like 9Gag and Makr.io, both from YC S12, therefore serve an important purpose in the world.  Warning, though:  9Gag and Makr.io both have infinite scroll.  Proving that laughter is not only the best medicine, but it’s also addictive.

9Gag, from YC S12, is the self-proclaimed “largest fun sharing community in the world.”  Users can upload funny pictures and videos.  You can also sort the jokes, vote on its funniness, and add comments.  Here’s one humorous picture I found titled “Adult Easter Egg Hunt“, for grown-ups like me that are constantly looking for that next drink: 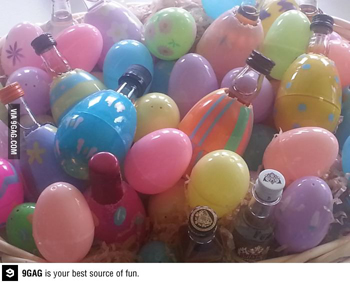 On Makr.io, also from YC S12, the goal is to make funny captions on existing images, not unlike a picture version of Cinematic Titanic or Mystery Science Theater 3000.  Here’s an animated GIF, captioned on Makr.io as “I see what you did there“: