Do Airbnb hosts in New York have an expectation of privacy when violating state law out in the open on the Internet?  That’s a central issue in Airbnb’s legal struggle against the New York Attorney General.  The Internet Association, a lobby group funded by Airbnb, filed a brief today supporting Airbnb.  Having read through all its legal papers, I remain convinced the company will be required to provide details about hosts.  This is my third post in the saga of Airbnb vs. New York.  My first post focused on the basis of the attorney general’s request.  The second entry involved complaints by neighbors and property managers.  This post includes a two-page letter written by New York State Senator Liz Krueger.

Airbnb lists more than 1,000 entire apartments available for nightly rental throughout New York.  Money is earned by the company as host service fees and/or guest service fees.  Rather than pay hosts directly, guests pay Airbnb.  After collecting its fees, the company issues each host a payout.  Every host has access to a complete real-time itemized transaction history.

These material facts seem misrepresented in Airbnb’s verified petition to the court.  The company states it is “not a party to these direct agreements between Hosts and Guests for the rental of accommodations.”  The petition also claims Airbnb “does not list… any accommodations in New York.”  A great exaggeration may be in the claimed “substantial” burden to fulfill the request.  Despite every host having a complete real-time itemized transaction history, Airbnb states producing the information would take “weeks” and requires effort from “multiple company departments”.  It seems to me that after Airbnb filters its database for hosts that meet certain criteria, exporting those hosts’ real-time transaction history would largely satisfy the attorney general’s request.

I don’t believe the request is a fishing expedition because short-term apartment rentals are illegal in New York.  The attorney general isn’t without cause attempting to discover a law being violated.  He already knows which law he’s seeking to enforce.  The request is also specific enough so as not to be overly broad.  Over 1,000 apartments are advertised for nightly rental on Airbnb.  Given that short-term rentals are illegal in New York, hosts likely don’t have an expectation of privacy for publicly advertising illegal apartment rentals. 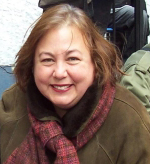 New York State Senator Liz Krueger co-authored the 2010 New York law the attorney general is seeking to enforce.  In a letter to CBS in December 2012 (embedded below), she conveyed her dismay about the media’s portrayal of Airbnb.  Sen. Krueger believes much of the media coverage “has done a tremendous disservice… promoting, without context or balance, a business that services an illegal industry that puts both tourists and permanent residents at risk.”  She then explains in detail the concerns with short-term rentals that led to the enactment of the law.

Beyond potential safety issues and effects on the rental market, Airbnb might also have done a serious financial disservice to New York hosts.  Many hosts may have believed Airbnb enabled them to legally offer a service that was otherwise illegal.  Airbnb knew, or reasonably should’ve known, that short-term rentals have been illegal in New York since 2011.  Through Airbnb’s possible failure to adequately disclose that upfront, New York hosts could eventually be facing hundreds or even thousands of dollars in fines.

Brief of Amicus Curiae The Internet Association In Support of Airbnb