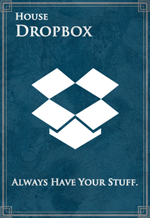 Dropbox for Business is the new name of Dropbox for Teams, announced today on the Dropbox company blog.  Prior to this announcement, Dropbox has clearly been building an arsenal to stake its claim in the highly-profitable market of enterprise software.  Disruptive enterprise solutions have gained a lot of attention in recent months.

I mentioned when Dropbox acquired Orchestra that I saw enterprise plans.  Orchestra’s first big product was not Mailbox.  Orchestra To-Do was Productivity App Of The Year in 2011.  These recent acquisitions, partnerships, and new features collectively suggest Dropbox’s enterprise strategy.  That strategy seems to consist of a suite of solutions that offers a flexible, cost-effective alternative to information sharing products like Microsoft Exchange.

Box will certainly be a major competitor of Dropbox, if not THE competitor.  Aaron Levie, Box co-founder and CEO, is a very vocal champion of disruptive enterprise solutions.  Box has long focused on enterprise and has a detailed understanding of  the terrain.  The enterprise space also includes Workday, founded by the same team as PeopleSoft.  There’s also Salesforce.com, which owns Heroku (YC W08).

Dropbox has an amazing team, years of experience,  and seemingly endless resources to compete.  But the enterprise market is very large, very profitable, and numerous other successful companies have the same mission of sitting on its Iron Throne.  In the end, there may be enough business for multiple winners.  Right now, though, while all of these companies compete for business, the only clear winner is the customer.