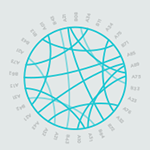 Funding non-profit organizations was a new initiative announced by Y Combinator in September.  Assistance to these organizations from YC includes a charitable contribution and the same techniques used to help startups.  Two non-profits have recently announced their participation in YC W14: Zidisha and Immunity Project.  Both of these organizations address global problems they’ve been working on for several years.

Zidisha is “the first peer-to-peer microlending service to offer direct interaction between lenders and borrowers across international borders.”  Everybody can contribute as little as just one dollar towards loans.  Eligible borrowers are residents of Benin, Burkina Faso, Guinea, Indonesia, Kenya, Niger, and Senegal.  Zidisha’s service isn’t simple.  Getting funds to borrowers in these countries is difficult without intermediaries.  There’s also complexity with currency conversion and exchange rates.  “Zidisha” is the Swahili word for “grow” or “expand”, as in a business or a quality such as freedom or prosperity.  Zidisha’s founders recently did a Q & A on Hacker News.

Immunity Project is a revolutionary vaccine platform being developed by scientists and entrepreneurs at Stanford, Harvard, and MIT.  This vaccination approach relies on people medically identified as “controllers.”  Controllers are statistically rare individuals whose immune systems can target the biological markers of a specific virus, forcing the virus into a dormant state.  In the case of HIV, 1 of every 300 people living with HIV is a controller incapable of contracting AIDS.  Immunity Project’s first vaccine transforms everybody that uses it into an HIV controller.  Until There’s A Cure is sponsoring Immunity Project, with Phase I clinical trials on track to begin by the end of this year.

Zidisha and Immunity Project are both in YC W14 and will likely present at Demo Day in March.  Prior to YC W14, Watsi.org was the only non-profit funded by Y Combinator.  Watsi funded more than 450 medical procedures through 2013.  CNN and The White House also honored Watsi as a Startup to Watch and Champion of Change.