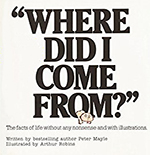 Human sexuality is a psychology course I took in college.  One important concept you learn is that children say and do things they don’t know are “dirty”.  Adults can do more harm than good by interfering when children say and do those things.  You’re just supposed to let it go and not acknowledge it.  By commenting or disciplining the child, you plant the seeds of guilt and shame about bodies and normal natural behavior.  Children carry those ideas with them their whole lives.  And that manifests later in life in all kinds of unhealthy psychological and social disorders.  So what does all that mean?  It means that many of you, grown men, and grown women, act worse than children.  And you behave worse around each other than you behave around little kids.

Summer of No Love

Here we are fifty years after the Summer of Love.  How did we get here, from the Summer of Love to this “Time’s Up” bullshit?  Yeah, I called it bullshit and I’m gonna tell you why here in a minute.  I find strange and unfortunate synchronicity that Hugh Hefner, Mr. Playboy, died exactly fifty years after the Summer of Love.  Playboy began in the early 1950’s, when sex was neither seen nor spoken about publicly.  Playboy Magazine was a catalyst for the sexual revolution.  The women’s liberation movement was a product of the sexual revolution.  Indeed, for almost thirty years, Playboy was actually run by a woman, Christie Hefner.  I’ve seen enough documentaries and interviews with Hugh Hefner to know that Hef genuinely felt betrayed by women’s lib.  Sexual liberation, the notion that women had the same right as men to initiate and enjoy sex, was a fundamental part of women’s lib.  The Pill, still very popular even today, made that possible.  And yet, the feminist movement turned against Hef, and Playboy, on the basis that his argument that women could openly be sexual was synonymous with saying women were sex objects.

By all accounts, there was a time in history, starting with Swinging London and continuing through the 1970’s, where women felt open sexually and there was a healthy open dialogue about sex.  Women were now in the workplace as professionals, as doctors and lawyers and everything else.  Combined with the sexual revolution, that meant there was sex in the workplace.  Lunchtime often involved some Afternoon Delight.  When its right, its right.

Then there were the 80’s.  The christian right took over with the new Republican president and made everybody feel guilty about having a good time.  And that was before we even knew that the good times in the ’70s came with a serious cost that nobody understood, a scary new disease.  Before that decade was over, even Mr. Playboy was married again.

In the 90’s, we elected a Democrat as president, understood the disease well enough to try and avoid it, and the party was back on again.  Our president during the 1990’s liked to have a good time and so did everybody else.  He was the right president to lead us into this new millenium, partying like its 1999.  People basically continued this free-spiritedness, through two terms of another Republican president, two global wars, and then another eight years with another Democrat president.

But here we are, in 2018, with this anomaly.  Grown adults acting like they don’t know about sex, or how to handle the mere suggestion of sex, or even take a damn joke, and accusing otherwise very decent respectable adults of being nothing more than perverts and sexual predators.  And this appears to be an entirely American phenomenon, of female American accusers publicly shaming American males, often for acts they only allegedly committed, in some cases many decades ago.

A lynch mob society is the term I’ve come up with to describe this emerging phenomenon of accusing somebody publicly without any effort to resolve the matter directly, or even through the court system, often many years after the bad acts allegedly occurred.  That’s revenge, not justice.  And that’s just plain wrong.  Even if the accused did some, or all, of what is alleged, publicly attacking and vilifying doesn’t solve anything.  And there’s no accountability for the damage done by false accusations.  We’re at a point in human history where we’re above all that.  At least that’s what I’d like to believe.

Quid pro quo is “the type of harassment that occurs when some type of employment benefit is made contingent on sexual favors in some capacity. For example, this might be a supervisor offering a promotion if an employee will meet his or her sexual demands.”

Hostile work environment is “the type of sexual harassment that occurs when there is frequent or pervasive unwanted sexual comments, advances, requests, or other similar conduct. It can also occur when there is other verbal or physical conduct that is sexual in nature.”

I’m not defending legitimate accusations by true victims.  Sexual assault, real sexual assault, is never acceptable, no matter where it occurs.  But some of these accusations consist of nothing more than an innocent attempt at a kiss, or accidentally touching somebody’s butt, or even just asking for a date.  Even little kids are able to resolve their differences more maturely than this.

Time’s Up Is Bullshit

Time’s Up is bullshit because it implicitly reinforces the notion that men still have all the power and women have no power.  I don’t buy it.  Women have long had protection from disparate impact in the workplace, through both the Equal Protection Clause of the Fourteenth Amendment and Civil Rights Act.  The Equal Employment Opportunity Commission exists to educate the public and enforce those rights.  In our court system, one-third of federal and state court judges are women.  The U.S. Supreme Court also has three females.

I’m a white male, which admittedly makes me the exact wrong demographic to publicly complain about anything.  But what I observe is much complaining and melodrama and childishness.  And these problems, if they truly exist, are easily solvable just by behaving like responsible adults and backing up your beliefs with real action.  If you don’t like a producer or director, then don’t work with him.  If you’re a rich entertainer, and think there should be more female producers and directors, then by all means write a check or start a production company.  But please, for the sake of humankind, try to resolve your personal differences directly, or at least in a mature and dignified way, instead of behaving like little children.  Act like adults.