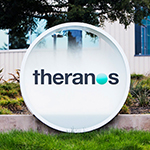 Elizabeth Holmes was simply in over her head.  She was just nineteen years old when she started Theranos.  I don’t think it’s fair, or even reasonable, to believe that this nineteen-year-old girl masterminded a multi-billion dollar fraud.  And I learn from watching The Inventor: Out for Blood in Silicon Valley that Theranos wasn’t even entirely a fraud.  There was very real medical research behind what the company was doing.  However, all of the business people around her, mostly men it seems, were much older, much more experienced, and brainwashed Ms. Holmes into believing that this was all a normal way of running a company.  Theranos is distinct from the subjects of Enron: The Smartest Guys in the Room, where all of the executives had decades of experience and knew in great detail what that company was up to.  Founders are increasingly just pawns in the startup game.  This documentary is not so much an exposé of a startup as it is an important cautionary tale for young founders.

“Theranos”, a combination of “therapy” and “diagnose”, sought to revolutionize healthcare by enabling convenient in-home blood tests through its proprietary hardware device, the development of which resulted in more than 200 patents.  The hardware device, alternately referred to as “Edison” or  “miniLab” or “Edison miniLab”, was the size of a kitchen breadmaker.  A cartridge with rows of tiny “nanotainer” blood samples, each just a few drops, was to be loaded in the Edison.  The Edison would then create a bioassay by mixing particular chemicals with each blood sample, to cause a chemical reaction, that would indicate the presence of a specific medical condition.  The results of the entire cartridge of nanotainers would then be “scanned” by the Edison device, reported on its LCD display, and could also be printed on an external printer.

Elizabeth Holmes lived in two worlds, the carpeted world and the tiled world, according to a former employee.  The “carpeted world” was the business world, where she was the young female CEO of a multi-billion dollar medical technology startup, met with its prestigious board members, did interviews with major news organizations, took photo sessions for magazine covers, and attended major economic summits with world leaders.  In that world, Elizabeth Holmes had big-name investors that had put up a total of somewhere between $700 million and $900 million dollars.

The “tiled world” was the medical labs at Theranos.  There was very real medical innovation at Theranos, with real research conducted among real doctors, real lab technicians, and real engineers.  The internal engineering of the Edison miniLab they developed was an impressive set of integrated medical lab instruments.  The miniLab’s physical size and components just weren’t capable of producing the results, either in quantity or accuracy, claimed by the company.

The catalyst for the demise of Theranos was that Elizabeth Holmes was at odds with what she needed to accomplish to impress the carpeted world with what was possible in the tiled world.  The alleged fraud seems to have started when Theranos had burned through several hundred millions of dollars in venture capital, needed more cash to keep going, and also needed some sort of revenue to satisfy investors.  Those financial needs of Theranos resulted in a partnership with Walgreens.  The Walgreens partnership started as in-store blood testing using a prototype of the Edison miniLab.  Then the partnership was modified to be “mail-in” testing that required larger blood samples drawn by qualified professionals.

When things started really falling apart at Theranos was when the blood test results provided to the Walgreens customers were often completely different than blood test results from other more well-established labs.  That led to investigations by multiple government agencies over the health and safety of the company’s labs.  Those investigations ultimately resulted in Theranos losing its certifications and licenses to operate any labs.  When that happened, the company’s reputation was completely and permanently ruined.

In Over Her Head

When I watched The Inventor, what I saw was a nervous young woman increasingly in way over her head and a little scared about what she had gotten herself into.  I don’t think I saw Elizabeth Holmes ever really relaxed or enjoying herself.  By the time she really understood the stakes involved, there was several hundred million dollars invested in the company and a headcount of as many as 800 employees, many of whom had stock options.

Theranos stakeholders, at least impliedly, convinced Elizabeth to go along with this scheme, that this was about more people than just her, and that her professional reputation would be permanently ruined if she didn’t play along.  I think her relationship with her alleged co-conspirator, Mr. Balwani, was really just about having at least one person in her life that knew what was really going on and with whom she could confide.  And Elizabeth’s attempt at making her voice deeper, which has become the topic of much gossip, comes across to me as an affectation by a young adult with a lack of experience doing everything she can to be taken seriously in the professional world.

I said at the beginning that this was a cautionary tale for young founders.  Elizabeth Holmes is currently charged in federal court with nine counts of wire fraud and two counts of conspiracy to commit wire fraud.  She faces a maximum sentence for those charges of twenty years in federal prison.  Elizabeth Holmes obviously did not, and could not, raise those hundreds of millions of dollars in funding by herself.  She was nineteen-years-old and had no professional experience.  Other people convinced Ms. Holmes to raise all that money for their own benefit, not hers.  As the company grew, based on her age and lack of experience, she really had no choice but to take everybody’s word for how things should be managed.  With the exception of Ramesh “Sunny” Balwani, the 44-year-old who joined as president and chief operating officer a few years after the company was founded, little is said in The Inventor about anybody else that was responsible for everything that went on at Theranos.

Elizabeth Holmes could’ve raised less money, gotten better advice, and taken more time to work on the Edison miniLab device.  The device was not ready for real-world use, but it had very legitimate medical innovation in it and was improving.  And as I said, Theranos had been granted more than two hundred patents for its medical technology. Instead of turning down some of the investors, Elizabeth Holmes took every investment that was offered, let these investors manipulate her into turning her startup into little more than an overhyped pump-and-dump stock scam, and had no choice but to remain in the middle of this mess as the CEO as everything fell apart.

The lesson for founders in The Inventor: Out for Blood in Silicon Valley is that young founders should always be careful about taking money from investors.  Once you take their money, those investors own your company and expect a return on their investment.  Don’t take money just because it is being offered.  And don’t buy into the “fake it ’til you make it” approach.  Anything worth doing is worth taking the time to do it right.  And always get a second opinion about every major corporate decision before you make the decision.  Everybody you interact with as a founder, particularly as CEO, has some sort of agenda and motivation for something they want from you.  As a founder, particularly if you are also a CEO, you need to get real good real fast at saying “No” to investors and everybody else.  Make “No” your default answer to everything.  You’ll save a lot of time and potential grief that way.