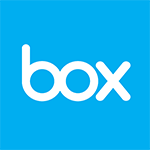 Box and Dropbox are different companies serving distinctly separate markets.  Dropbox provides cloud storage and value-added features mostly for consumers.  Box is secure content sharing, management, and collaboration primarily for businesses and enterprises.  Both companies have services for the other’s customers: Dropbox has Dropbox for Business, Box has Box Personal.  Box had its initial public offering a month ago.  Dropbox recently replaced its chief financial offer and has been rumored for years to eventually have its own IPO.  Here’s my thoughts about both companies.

Dropbox is primarily a cloud storage service for consumers.  The service has apps for most operating systems and provides built-in viewers for many types of photos, files, and documents.  The company’s revenue comes mostly by subscription fees from consumers.  Dropbox needs to stay popular with developers, which is important to the company’s strategy as an after-market solution.  I know attendees that were very underwhelmed by the first-ever Dropbox DBX developer conference held in 2013.  At that event, the company didn’t make any effort to thank developers for their years of support or explain why they should keep supporting Dropbox for free.  Unlike when the business started in 2007, consumer cloud storage is now commoditized and included with most operating systems.  Dropbox value-add features like its Carousel photo gallery app don’t ever catch on.  Its business offerings also don’t seem very mature.  Providing incentive to developers to support Dropbox is essential for Dropbox to remain relevant.

Box offers solutions mainly for secure enterprise collaboration.  Its strategy is built on providing deep domain knowledge with industry-specific solutions.  The company provides solutions designed specifically for vertical markets like financial services, healthcare, and education.  In 2013, I wrote that Box acquired a document-management company named Crocodoc.  The company is also starting to use some of the money from its IPO to make strategic acquisitions like the recent purchase of Airpost.  Box has professional consulting services, which Dropbox doesn’t have.  The trade-off to Box of selling primarily to big business is a lack of consumer features.  Box Personal is very basic and the company doesn’t emphasize it much on its website.

Comparing Dropbox and Box isn’t fair to either company.  They both focus on different markets and customers.  However, as businesses, I’d say Box currently has the better long-term prospects.  Dropbox was basically synonymous with cloud storage for several years after it started and should’ve developed their business offerings more early on.  It was foreseeable that operating systems would eventually include free cloud storage and consumer subscriptions wouldn’t always be a reliable source of income.  Businesses are a much tougher sell than consumers.  Box builds custom long-term solutions for big clients in vertical markets.  Enterprise customers don’t often switch solutions, making them more dependable for revenue.  It remains to be seen how Box uses the money from its IPO and performs as a public company.  Likewise, Dropbox will need to explain its long-term strategy if its leading up to its own public offering.  I’m interested to see what’s next even within just the next year from both Dropbox and Box.