Beta software is pre-release software, sometimes almost experimental (alpha) software.  Beta testing was as cool as it got in the mid ’90s if you were into computers.  As a beta tester, you were getting to play around with, and help develop, software that potentially millions of people would use.  The only way to get beta software was to either be in an official beta program or know somebody.  That was because of two details I can’t stress enough: the Internet wasn’t popular yet, and those of us that had Internet access almost always had a slow dial-up connection.  Getting beta software meant relying on big software companies to ship out a CD-R to you every week via UPS.  When I was fourteen, I found the email address for Microsoft’s Senior V.P. for Developer Tools and emailed him requesting to be on some beta programs.  He emailed me back and said he’d see what he could do.  I can’t prove he had anything to do with it, but I ended up on at least three good betas: the Windows 95 Preview Program, Microsoft DirectX 1.0, and Microsoft FrontPage 1.0.  As a teenager, routinely getting UPS envelopes with CD-R’s of unreleased software, and being asked for my feedback, made me feel important. END_OF_DOCUMENT_TOKEN_TO_BE_REPLACED

Airbnb is undoubtedly burning through all of its cash reserves with no income to make the money back.  It’s impossible right now for any travel-related business to make any projection with any certainty about future revenue.  Airbnb has used every financial strategy possible just to get this far.  Now is also not a good time to ask anybody for money for anything.  Airbnb’s solution to everything over the last ten years has been through taking new investors or, in the CEO’s words, “doin’ uh raise”.  Airbnb has also been long rumored to spend way more money on headcount and officespace than they were ever making in revenue.  The argument for that spending has been to facilitate long-term growth.  However, that approach was a gamble that appears to have caught up with the company.  Airbnb will inevitably need to close offices and reduce headcount.  Drastically reducing overhead may not prevent the company from ending up in federal bankruptcy court.  If I were an investor in Airbnb, I wouldn’t wait for the company to burn through all of its cash before coming up with a plan.  Here’s how I might hypothetically deal with this situation now if I were a major shareholder in Airbnb or on its board of directors. END_OF_DOCUMENT_TOKEN_TO_BE_REPLACED

Some posts on this website are effectively part of a series.  I decided to finally organize posts that are part of a series, which are now listed on their own page in addition to the main complete archive of blog posts.  So far, I’ve been able to identify at least six sets of posts that are effectively entries in a series.  They are (in no particular order): Back in the Day, Book Reviews, Documentary/Movie Reviews, Aaron Swartz, Song Lyrics, and Airbnb.  Here’s a description of each series. END_OF_DOCUMENT_TOKEN_TO_BE_REPLACED 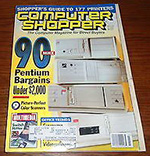 Built by my own hands.  My second computer was my first custom setup.  An Intel Pentium 150 MHz with 16 MB 72-pin memory, 2.1 GB Maxtor hard drive, Diamond Multimedia Stealth 64 graphics card with 1 MB of video memory, genuine Sound Blaster AWE32 sound card, the new Microsoft Windows 95 with Microsoft Plus! Pack, all in a mid-tower AT chassis.  Most of the parts had already been accumulated as upgrades to my 486.  All of the money to buy the rest came from an essay contest that I won on Microsoft’s website.  As usual, these kinds of posts are really just a literary device to explain what technology was like in olden times, which in this case means early 1996. END_OF_DOCUMENT_TOKEN_TO_BE_REPLACED

(Editor’s note: Multiple posts I’m currently working on build on material from this post, which is a law school research paper I wrote as an introduction to securities laws in the United States.  For non-attorneys, this is probably most readable by ignoring the specific references to cases, regulations, and forms.  I took Securities Law under the instruction of Peter Marchetti, a law professor that previously worked as a staff attorney at investment banks in New York and Boston.  In the course of my research for this paper, I requested the syllabus for the “Securities Law” course from more than a dozen top-tier law schools and concluded that Securities Regulation: Cases and Analysis is the most popular textbook used to teach securities laws.  Much of this research paper is derived from that textbook.  It is a useful reference, even for non-attorneys, on the legal mechanics of securities and markets.  The textbook’s authors are law professors at New York University School of Law and University of Michigan Law School.  As always, I must disclose upfront: anything I write about the law should never be construed as legal advice.)

Securities laws exist to protect investors.  That protection comes in the form of encouraging full disclosure from companies and deterring fraud.  The securities laws in the United States were originally enacted in the early 1930s during the Great Depression.[i]  The laws were an acknowledgement by Congress of the importance of securities markets to the national economy.  The lack of such laws just a few years earlier were a cause of the Wall Street Crash of 1929, the infamous “Black Tuesday” of October 29, 1929.  The panic from the massive volume of stock sell-off on that day was so great that it is often remembered for people jumping out of office windows. END_OF_DOCUMENT_TOKEN_TO_BE_REPLACED

(Editor’s note: Sometimes I’m tasked with writing, or contributing to, academic papers that don’t get published anywhere mainstream. Some of those writings have value to others, either in their content or sources, so I’m going to occasionally copy-paste them here (with sources, whenever possible).  However, in no way should any of this be considered legal advice.  This first one was my final research paper for Entertainment Law when I was in law school earning my Juris Doctor.  It was only ten pages because that course had other writing assignments. )

Celebrities are public persons that spend their life in the spotlight.  The publicity that celebrities receive creates many opportunities for them to promote products, develop brand recognition, and make money.  The Internet has created many opportunities for celebrities to use their likeness on a global scale.  However, the Internet consistently creates new challenges for celebrities to enforce their legal rights.  Courts are also constantly forced to reconsider concepts that protect non-celebrities, like free speech and fair use. END_OF_DOCUMENT_TOKEN_TO_BE_REPLACED “Just imagine: if you were standing right here over 60 years ago, you’d be standing in the middle of an orange grove.  One visionary man stood right where you are now, but instead of orange trees, he envisioned a Magic Kingdom.  This man’s name was Walt Disney, and his dream would be called Disneyland.”  So begins Disneyland Forever, the fireworks-and-music show over Main Street, U.S.A., every evening at 9:30 p.m.  I piloted the Millenium Falcon.  And I drank the blue milk.  Whatever it cost Disneyland was money well spent to create Black Spire Outpost, the section of the park that is known to outsiders as Star Wars: Galaxy’s Edge.  Disney’s going to attract all sorts of new visitors that are Star Wars fans and otherwise wouldn’t have gone out of their way to visit Disneyland.  I recently spent two days there.  Had never been before.  Didn’t know what to expect.  Even if I had not done any rides on my first visit (flying the Millenium Falcon was the very first ride I got on), Disneyland would’ve still been ten hours of non-stop sensory overload.  In a good way.  Here’s my thoughts about Star Wars: Galaxy’s Edge and some of the other attractions.  Also, because there will be plenty of other Star Wars fans visiting Disneyland for the first time, I’m putting some tips for first-time visitors at the end of this post, based on research I did before visiting and my own experience. END_OF_DOCUMENT_TOKEN_TO_BE_REPLACED

A lawyer, also called an attorney, is a person that has completed an undergraduate Bachelors degree in any subject, a Juris Doctor degree from a school accredited by the American Bar Association, passed a state’s bar exam, and filled out some paperwork with the state bar (officially called “getting licensed”).  That’s it.  That’s all a lawyer is.  In some states, like California, a college degree isn’t required to become a lawyer.  Many people in the United States are intimidated by lawyers.  And indeed a great many lawyers use their perceived position of authority to attempt to intimidate and even threaten non-attorneys.  But really nobody should ever be afraid or intimidated by an attorney.  I can officially say that having attended three law schools and graduated from law school.  While doing that, I saw people that could barely speak English that were able to graduate and pass the Texas bar exam.  This post about law school is one of two posts I intend to write about the legal system in the United States.  The other will be about the U.S. legal system in general.  My goal with this blog post is to eliminate the mystique and misunderstanding about how attorneys come to be in the United States: what law school is, where law school isn’t required, the Law School Admission Test (LSAT), applying to law schools (the Law School Admission Council), what happens in law school (including between first year and second year), the required never-mentioned Multistate Professional Responsibility Exam (MPRE), bar prep programs, and details about the infamous (and not all that difficult) “bar exam”. END_OF_DOCUMENT_TOKEN_TO_BE_REPLACED END_OF_DOCUMENT_TOKEN_TO_BE_REPLACED

We didn’t have wifi.  We didn’t even have broadband.  We just had dial-up.  And even that required hoping that an Internet Service Provider had a local dial-up phone number.  Otherwise, it was a long-distance call using your landline.  Even America Online, the most popular online service at the time, didn’t have Internet access.  Because how could they?  The web browser had just been invented.  And other than the web browser, there wasn’t really any great reason to access the Internet.  Except maybe e-mail.  But since nobody had Internet, that meant nobody had an Internet email address.  In the beginning, we didn’t really have any Internet apps, just protocols for hypothetical apps.  I remember discovering the Internet when it was “new”, back in the early 1990’s.  Yeah, the Internet itself existed for decades before then.  But lets just agree that the modern Internet, when it became popular for mainstream use, was “new” in the early 90’s.  Here’s what I remember about my first dial-up internet account and Internet apps we used twenty-five years ago.  Trumpet Winsock.  NCSA Mosaic.  Eudora Email.  Usenet.  IRC.  FTP.  This is what the Internet was like back in the day. END_OF_DOCUMENT_TOKEN_TO_BE_REPLACED